Data Scanners – Commonly referred to as Scanners, this occupation handles the transfer of Data from one Sector to another. The method of transferring information can range from Delivery to Escort. Scanners are also responsible for eliminating threats in the Sectors they reside. The majority of Scanners are known as Transfers while those who known as Guides are tasked with cleaning up Sectors and assisting the Transfers in their work. Operators oversee the missions for Guides and Transfers. 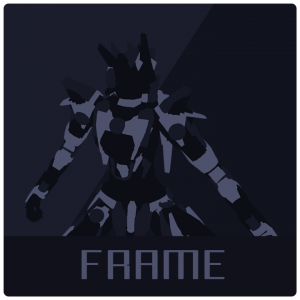 Frame is a Data Scanner who is employed by Console, an organization that operates out of the Spectrum-O16-88 Motherboard located on the Server: Mainframe. As a Guide | Sweeper (G-Sweeper), he is focused on the deleting of Corrupted and cleansing the regions affected by them. His C-Form Module doubles both Frame’s attack against foes and received damage. Within Corrupted Zones, the C-Form Module reduces Frame’s given and received damage by half their normal value. Like most G-Sweepers, Frame has a number of weapons at his disposal. However, for most missions, his preferred weapon is the Remover Blade (R-Blade).

Frame is a quiet and direct person with a strong dislike towards the dishonest, manipulative, and the Corrupted. Frame trusts few within Console, his cautious nature putting him at odds with his Fellow Scanners. Due to this, Frame often works alone on missions. 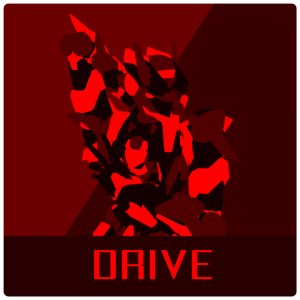 Drive is a Data Scanner who is employed by Console, an organization that operates out of the Spectrum-O16-88 Motherboard located on the Server: Mainframe. As a Guide | Formater (G-Formater), he shares a similarities with a G-Sweeper, but focuses on reordering Data damaged by the Corrupted. His C-Form Module allows him to deal 4x the amount of damage, but makes him vulnerable to taking 4x the damage. Within Corrupted Zones, his damage is lowered to a fourth, but he also reduces damage taken to a fourth of its value. Unlike Frame, he cannot absorb damage from attacks from the Corrupted. His weapon of choice are the Cluster Daggers (C-Daggers).

Drive is a quick-to-act, outspoken, and logical thinker. He has a strong disdain for those who berate others while blind to their own faults. As a Data Scanner, he favors those that can make precise decisions without hesitation, often showing that quality in his own leadership.

Ram is a Data Scanner and one of the 5 Operators of Console, an organization that operates out of the Spectrum-O16-88 Motherboard located on the Server: Mainframe. She is an Operator | Search (O-Search). Her main focus is supervising Scanners on their missions and providing them intel. Her C-Form Module allows her to recover damage from attacks from the Corrupted as well as recover damage from Corrupted Zones.  Although she does not go out on the field, as one of the 5 Operators of Console, she does have weapons exclusive to her. Her weapon of choice are a pair of Closer Edges (C-Edges), which extend from the gauntlets on her arms.

Ram is talkative, compassionate and thoughtful. She enjoys helping those in need as well as solving other people’s problems. She dislikes those who neglect or treat others poorly, and tries to win others over with kindness and compassion. She prefers peaceful resolutions over violence.